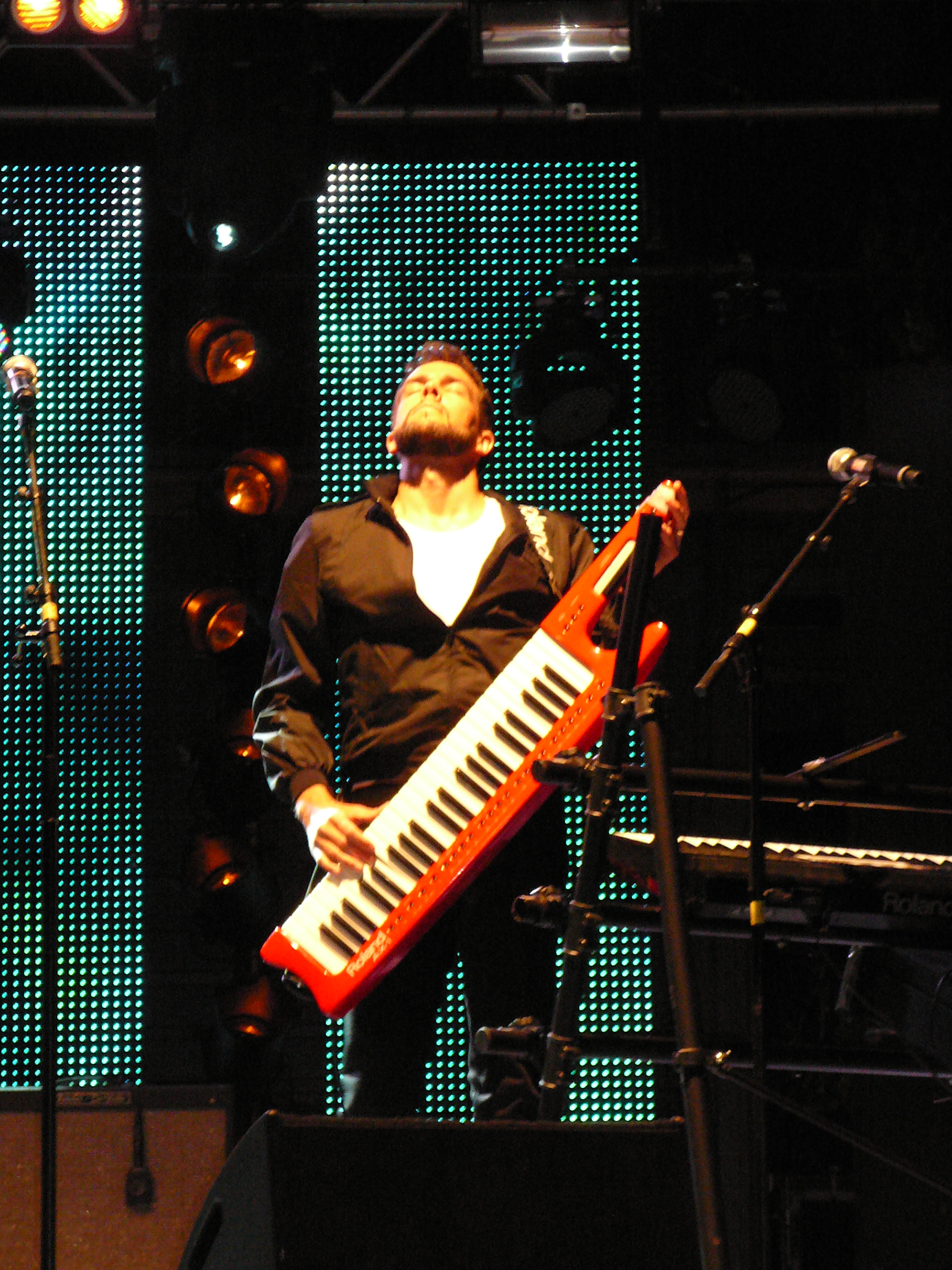 The look is part of the business. The business is key. Key is everything. Keytar.

“The Roland AX-1 is a keytar (a shoulder-held clavier keyboard worn like a guitar), produced by Roland, that does not produce its own sounds but controls other devices (such as keyboards, sound modules and samplers) via MIDI. The industrial design of the Roland AX-1 was done in a basement studio in London, U.K. by two designers, David Sherriff and Andrew Leggo, who ran a small design studio called Space Logic. The electronic design and engineering was done by Roland Europe, Italy.”